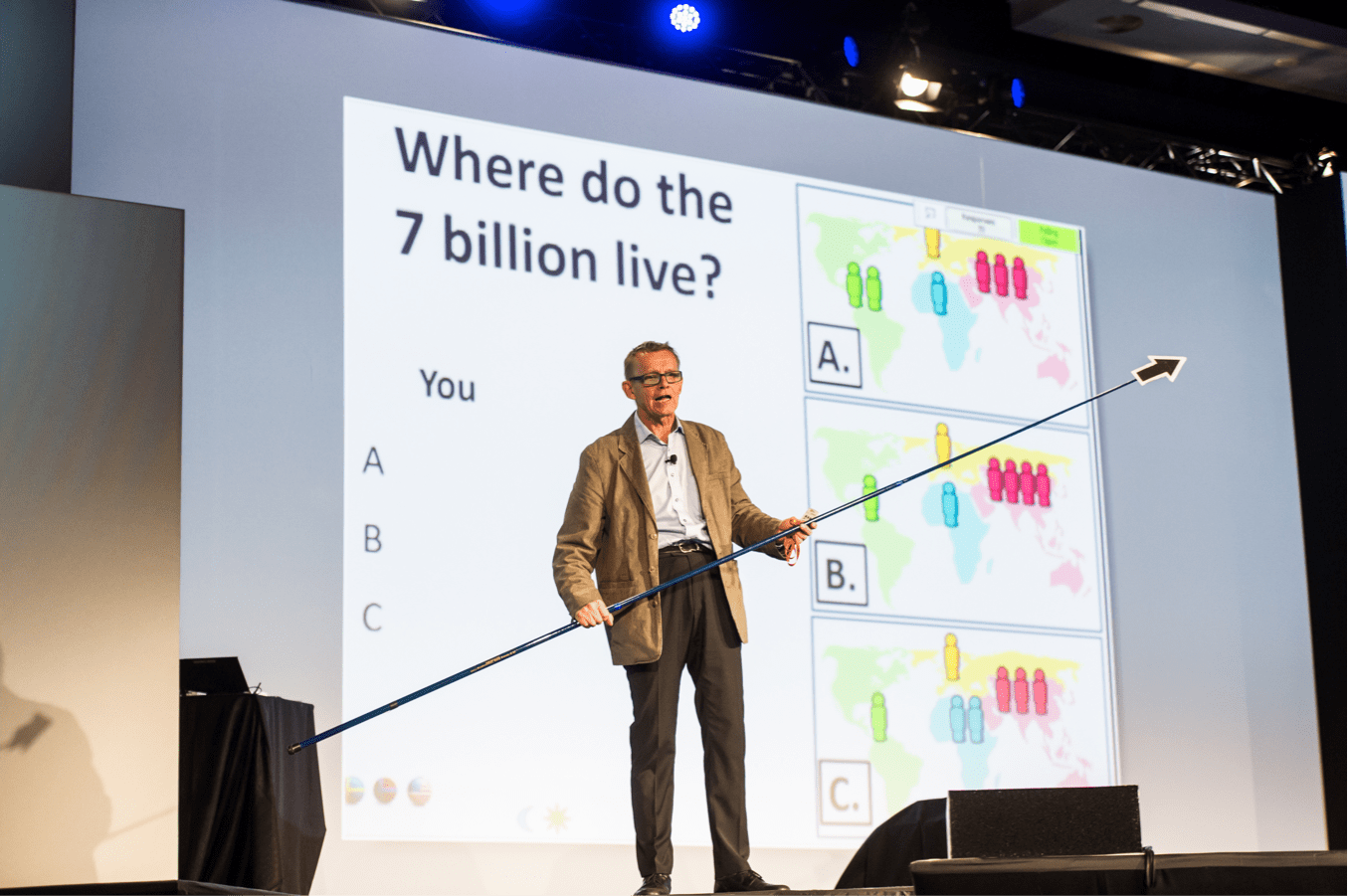 -
0
Do you think the issues like hunger, child mortality, and extreme poverty that plague our world are unsolvable? That they have become more prominent than ever? Do you think the western world is becoming richer and healthier while the developing world struggles to make ends meet? If your answer to these questions is yes, then you are not alone, but you may very well be mistaken. The world may seem to be starved of good news with the famine of good news going on for decades. The media often presents the world as full of disasters and suffering, forming a common perception. Ultimately, the idea of a better world seems unachievable and sometimes makes us apathetic towards it. It is what Hans Rosling set out to prove wrong.

This was a problem Hans Rosling, a Swedish physician, set out to solve. In his own words, he was a very serious possibilist. The renowned 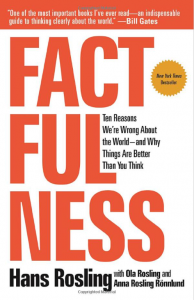 physician turned data specialist and mesmerized the world by making data visible and free of misconceptions. Born in Uppsala, Sweden, in 1948, Rosling traveled the world extensively. He had many feathers on his cap, like being a successful physician, professor, a BBC presenter, world-famous public speaker, co-founder and chairman of the Gapminder Foundation, health adviser to WHO, UNICEF, and other aid organizations, and the author of an international bestseller, Factfullness. He started his professional career tracking down and understanding Konzo. Konzo was an epidemic paralytic disease caused by cyanogenic glucoside in cassava in rural Africa. Hans then spent about 20 years of his professional life studying poverty and health in Africa. In the 1990s, he worked in Cuba during the outbreak of neuropathy. He took up the deputy chief epidemiologist position at the Ministry of Health in Liberia during the Ebola epidemic.

At the age of 24, he was a Guest student at St. John’s medical college, Bangalore, India, for a public health course. During the course, Hans Rosling’s observations made him realize his preconceived notions about Asian countries lagging behind the developed world. Later in life, while teaching Global Health at Karolinska Institute, Sweden, he saw similar misconceptions among his students. They thought of the developing world as having short lives and large families. He realized the problem also extended to prominent academicians. It had more to do with preconceived notions than ignorance.  He said in an interview that “Life is full of killing preconceived ideas.” Rosling believed in telling stories of the world through its data. In 2006, he stood on the TED stage and said, “We start the world,” and his moving figures started to break the perceptions of a world divided and in peril. He was equipped with the best tool globally, data gathered from around the world and from prestigious organizations, and a very long pointer. He used statistics and visualization tools to bring the data to life and make it approachable. By doing so, he aimed to communicate the truth to the world rather than limiting it to a niche audience. Through graphs, animations, and sometimes with just a few boxes, he simplified the complex data on economics, society, and health to understand his audience. He wanted the world to break free of its misconceptions. Accordingly, he entertained various audiences ranging from common people to health professionals, statisticians, policymakers, and even Nobel laureates.

Debunking the myths of developing world

Rosling became famous with more than 11 million views on his 2006 Ted talk and his entertaining presentation style labeled “edutainment.” Foreign Policy magazine, 2009, labeled him as a prominent public speaker. He also featured on Time’s 100 most influential people list in 2012. With BBC, he developed the documentaries, The Joy of Stats (2010) and Didn’t Panic: The Truth about Population (2013) to popularize statistics excitingly. He was instrumental in popularizing the potential of data and statistics in guiding development policies. Through his lectures, he debunked the “developing world” myths and brought to light the difference in perception and reality of the developing countries. He advocated discontinuing the idea of the “western” and the “poor” world. He showed how social changes in Asia led to tremendous development before being represented in economic development through his data. This advocated the importance of health over wealth and how investment in health made countries prosper more. Aware of the role poverty played in social evils, he attributed disease prevalence to economic damage. Also, he shared a realistic picture of Africa’s development instead of the common misconceptions against it.

Bringing data out of paywalls

Hans made data science fun and statistics popular for people and stakeholders from different fields. He advocated for the treasury of data to be liberated from organizations and behind paywalls. Thereby making it publicly available for research, analysis, and policymaking. His actions prompted organizations like the World Bank (April 2010) and the UN to open their statistics database to the public with full access. By breaking data free from textbook statistical representation’s monotony and complications, he strived to make it alive for people to see them transform. He highlighted global issues such as child mortality, literacy, gender, and other social, economic, and environmental issues. He displayed the caliber of data visualization in communicating the message behind complex world data.

Marketing the science with data visualization

In one of his famous lectures, he said, “The first thing to think about the future is to know about the present.” The world suffers from an overdramatic opinion, thinking it is worse than it really is. Such a view proves stressful and discourages efforts to resolve the concerns. In 2015, he co-founded Gapminder with his son and daughter-in-law to fight global misconceptions and promote the United Nations Sustainable Development Goals. The “Ignorance project” by Gapminder conducted surveys to understand the misconceptions of preconceived ideas and ignorance about the current state of the world. The company reached out to individuals around the globe and studied their perspectives on global issues.

They identified the misconceptions and accordingly generated free teaching materials to promote a fact-based and understandable world view.  He developed Trendalyzer, a data visualization software that helped animate complex statistical data into understandable presentations. The software was used in public lectures by Hans to explain complex topics like the epidemiology of the HIV epidemic and the global trends in child mortality. Google bought the software in 2007. Another step in the company’s data visualization front was the “Dollar street” photo project in 2016. It documented people’s lives and belongings with different annual incomes ranging from the poorest to the richest. It brought to view the different aspects of people’s everyday lives around the globe with images of their houses, food intake, and water facilities.

His knowledge of diseases and the world helped him understand a global pandemic’s concerns as one of the major global risks. Factfulness published posthumously in 2018 mentions that a new air-borne disease/flu is still the most dangerous threat to global health. And, in 2020, COVID-19 struck at full scale. He thus advocated for basic health care for everyone and a healthy and strong global response. COVID-19 spread across the globe and highlighted the limits of public health structure. Despite working with complex and serious world issues, he displayed the enthusiasm of a sport’s commentator in telling his stories and the truth through his data. Hans’s book Factfulness presented the ideas to have a clear understanding of the world. He wanted a data-based mindset to give people a clear perspective of the world’s state and encourage them to make it better. Developing a data-based mindset proves comforting and optimistic, reassuring the world to be not a hell hole as projected. In his words, “This book is my last battle in my life-long mission to fight devastating ignorance…Previously, I armed myself with huge data sets, eye-opening software, an energetic learning style, and a Swedish bayonet for sword-swallowing. It wasn’t enough. But I hope this book will be”. He wanted people to see the world’s fact-fully. A great tribute to Hans’s life work, Hans Rosling Center for Population Health was established in Washington, DC. It houses various health departments and institutes to address poverty, equity, health care, climate change, and government policy concerning them. On 7 February 2017, at the age of 68, Hans Rosling died from pancreatic cancer in Sweden. 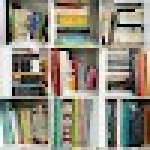