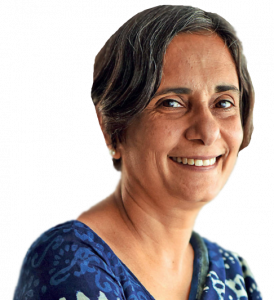 Widely hailed as the ‘vaccine godmother’ of India, Dr. Gagandeep Kang is a renowned clinical scientist from India. Known for her work on enteric diseases like diarrhea, cholera, and typhoid she was key personnel in developing the first indigenous Rotavirus vaccine. Moreover, she remains the first Indian woman chosen as a Fellow of the Royal Society of London and many more prestigious titles. Let us take you through the remarkable journey of amazingly talented Dr. Gagandeep Kang.

Gagandeep in her early life

Born in Shimla, Himachal Pradesh in 1962, Gagandeep lived with her mother who was a teacher, and her father, a mechanical engineer in Indian railways. The penchant for science hooked little Gagandeep, at a young age. However, her father’s posting took the family from places to places, across several small towns. Due to this, little Gagandeep was left with few activities to do after school hours. So, her father being the engineer, took the matter into his hands. He built Gagandeep a tiny laboratory in one of the spare bedrooms in the house. There, with her dad, she carried out physics and chemistry experiments. She soon discovered her love for science. On top of this, her uncle, a doctor, introduced her to the world of medicine. As a result, she enrolled to study medicine.

From Gagandeep to Dr. Kang

Gagandeep earned her MBBS and MD in microbiology from Christian Medical College (CMC), a premier institution in Vellore. It is the same college from where her uncle received his clinician training. She went on to join the prestigious assembly called the Wellcome Trust Research Laboratory conducting community research.

When Gagandeep finished her studies, she realized she didn’t want to take the typical ‘one-patient-at-a-time’ route, rather a whole community. Therefore, she decided to take up research. She keenly began studying gut infections, responsible for causing severe gut diseases, in Indians.

Gagandeep went on to study a class of Bacteria responsible for diarrhea. It subsequently earned her a Ph.D. in Microbiology from CMC. Gradually, her focus shifted to Rotavirus, responsible for life-threatening diarrhea in infants and children below the age of five. She wanted to dive deeper into the study of this particular virus, to discern how it impacted the Indian children. Thus, after completing her Ph.D. she left for the United Kingdom to study the characterization of rotavirus at the Royal College of Pathologists. After spending a year there, she moved to Baylor College of Medicine in Houston for two years to pursue a postdoctoral research fellowship. There she joined the lab of Prof. Mary K. Estes, who is considered to be among the top experts in Rotaviruses. Till today, Gagandeep considers her as a role model besides her mother.

Upon her return to India, Gagandeep joined CMC once again. Here she worked as a lecturer and reader in the Division of Gastrointestinal Sciences. She supported setting up a gigantic national network of hospitals and laboratories which carried out surveillance of rotavirus disease among children in 2005.

The various research programs on Rotavirus culminated in Gagandeep procuring a pivotal role in the development of Rotavac, India’s first WHO-licenced Rotavirus vaccine. It was approved by WHO in 2018. This earned her the title of ‘Vaccine God Mother’ of the country. With the Serum Institute of India, she developed one more Rotavirus vaccine known as Rotasiil, launched recently in 2020. In 2016, she joined the Translational Health Sciences and Technology Institute (THSTI) in Faridabad, India, and was serving as its executive director, until her request to quit the organization in August 2020.

In a career just spanning around 30 years, Gagandeep has had several national and international accolades pouring in for her. Here we name the most significant ones for you. Last year in 2019, she created headlines when she was inducted as a Fellow of the 360 years-old Royal Society of London, becoming the first Indian woman to receive this honor. Not just that, she remains the first Indian woman to be given the American Academy of Microbiology Fellowship, in 2010. In 2016, she was presented with the Infosys Prize in Life Sciences, making her the first clinician-scientist to get this award.

Gagandeep is an integral part of several national and international vaccine advisory committee. Most notably, the WHO’s Global Advisory Committee on Vaccine Safety (GACVS) and the Immunization and Vaccine Implementation Research Advisory Committee (IVIR). Others include India’s National Technical Advisory on Immunisation. With over 375 national and international research articles, she serves on editorial boards of several important research journals with the likes of PLoS Neglected Tropical Diseases, and Nature Scientific Reports, etc. She has been appointed as a faculty member of several well-known American institutions like John Hopkins University Bloomberg School of Public Health, Baltimore in Maryland, and Tuft University School of Medicine, Boston in Massachusetts.

Gagandeep has resumed her work at her alma mater CMC, as the head of the Wellcome Trust Research Laboratory, Division of Gastrointestinal Sciences. Here, she plans to work on maternal and child healthcare. A scholar of exceptional mettle, Prof. Gagandeep Kang is yet another shining ‘she’ star in the sky of Indian Science. From playfully running teeny-weeny experiments in a room to conducting crucial experiments in world-class laboratories, her name has certainly been twinkling across the world of science. As a teacher, she ensures to nurture the dreams of young scientists, like once she was, through her guidance and training. With her selfless service towards mankind, she continues to strive for improved public health in the country. 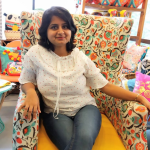